This blog post has been sitting in my drafts folder for some time now, since ‘decolonisation’ became a “new” buzzword for the occupational therapy profession via The 2018 WFOT (World Federation of Occupational Therapy) Congress in Africa which catapulted the concept into the spotlight, causing murmurs of controversy in the international occupational therapy community. The long delay from idea to publication was also because – besides some major life changes – I was working on better understanding the concept itself. Not only did it require a fair bit of reading and discussion, but I also had to come to terms with where I (as a person) was situated in the larger context of colonialism / decolonisation.

As a Malaysian Chinese person, the society I live in continues to grapple with the consequences of British colonisation: Malaysia uses a Westminister-style parliamentary system of governance with the same first-past-the-post system, we still have laws left behind from the days of British colonisation which the UK now considers obsolete and has replaced with new laws but we haven’t, our public healthcare system is very similar in many ways to the NHS but with less funding (in some places the lack of funds has gotten to the point where our health professionals need to pool money from their salaries to hire cleaners) … The consequences of colonisation stare me in the face every single day of my life and I am acutely aware of it. So if “decolonisation” meant “pushing back against colonial influence”, that is something I think I do reasonably well in my own teaching and practice of occupational therapy. However, the broader conversations around decolonisation also involve the centering of indigenity (which is relative – people indigenous to one context would lose their indigenity when moving to another – and can pose issues in certain contexts where indigenity is co-opted by non-indigenous groups in power as discussed in Linda Tuhiwai Smith’s Decolonising Methodologies). There are also scholars who also argue that decolonisation should not be used as a metaphor – a mistake I made myself by citing the Kawa Model as an example of ‘decolonising occupational therapy’ at one point (I have now changed my views).

Now if “decolonising occupational therapy” is a goal for the profession, then while I think the Kawa Model is a step in the right direction (explained later in this blog post) I have started to doubt whether occupational therapy as a profession can ever truly be decolonised given how the links between colonisation and how this version of the profession as we know it spread around the world is hardly ever acknowledged. At this point in time it makes more sense to me to adopt an anti-colonial position towards occupational therapy practice and the teaching of occupational therapy instead, hence the title of this blog post. The title is also inspired by an event I attended recently, Repairing Our Curriculum: Equality, Diversity and Social Justice in the Classroom and Beyond. Besides the fact that “repairing” seems to be a more realistic goal to me at this particular point in time as opposed to “decolonising”, I also feel that it is a word which would be more relevant to those who lack enough understanding of colonisation to think that such issues should also be part of their concerns.

This series reinterprets the questions asked by academics from the University of Cape Town into the occupational therapy context. My views are informed by my experiences as an occupational therapy educator of Chinese ethnicity from an ex-British colony in South East Asia who has had the privilege of engaging with students, practitioners and educators from various Asian and European contexts, as well as wider interactions with scholarly communities from around the globe.

1. What principles, norms, values and worldviews inform your selection of knowledge for your curriculum? (think about absences as well as presences, centres as well as margins).

The Kawa Model represents a significant turning point in the profession, shining the spotlight on ways of thinking originating from outside of WEIRD societies and drawing awareness to the need for culturally relevant practices. Even if not directly relevant to a specific cultural context, this does not mean it should be omitted from the curriculum. Instead, it should be presented as a global milestone in the history of occupational therapy, an example of how people (occupational therapy practitioners) can be empowered to develop models and frameworks of their own, relevant to they and their clients’ worldviews. It should not be taught in a “square peg in a round hole” manner, but it could be presented as an inspiration – that if this model of occupational therapy practice arising from Japanese lived experiences can be developed, why not others which are representative of other non-WEIRD experiences?

The teaching of occupational therapy cannot be divorced from discussion of WEIRD societies and their influence on the rest of the world. WEIRD, if you haven’t figured out by now, is an acronym for Western / Educated / Industrialised / Rich / Democratic – societies which make up 12% of the world’s population but have a prevailing influence over the lives of everybody else. People may sometimes use the terms ‘majority world’, ‘Global North’, ‘developed’, ‘first world’ to represent such societies but I’ve decided to make it a point to use WEIRD as I find the term most appropriate for the messages I intend to put across. Acknowledgement of WEIRD norms and worldviews can be easily incorporated everywhere throughout the occupational therapy curriculum – take the teaching of assistive devices for bathroom activities for example, that can be pretty WEIRD! And don’t get me started on kitchens – a meal which typically takes me an hour to cook in my home kitchen can take 3 hours to cook in my friend’s Scottish one (I spent most of my time hunting for equipment which could be improvised for my cooking needs!) Are occupational therapists aware enough of these small but significant differences which can make a whole difference to how people perform and engage in their activities of daily living?

As Question 2 (Do you articulate your own social and intellectual position, from which you speak when lecturing?) appears to deserve a blog post of it’s own, this post will stop here and commence at a later date. Watch out for updates, 9 more questions to go! And just in case you’re interested, the BBC is putting together a series on WEIRD societal norms. It’s very new so there are only two articles at this point in time. From their website: from the mainstream media to academia, however, it remains common to see the WEIRD as “normal” – or at least as a “standard” against which other cultures, and people, are judged. In this series, we dig into what this looks like in everyday life. What habits and ways of thinking are common in WEIRD societies that people living elsewhere in the world might find, well, weird? And what does this tell us, not only about cultural differences, but about ourselves? From when we shower to how we shop, this series re-examines the behaviours often taken for granted – and explores how the “standard” is rarely the best, or only, way. 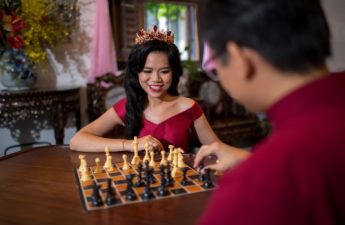 How to Choose a College? (The best, most general piece of advice I can give) 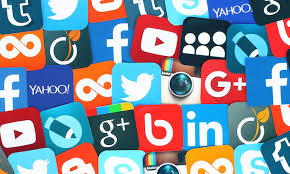 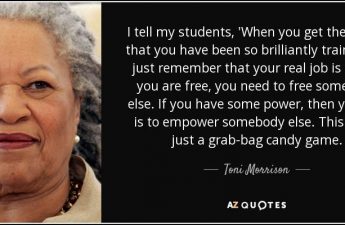