I’ve encountered a fair number of people who get incredibly defensive when the word “privileged” is used to describe them. I think a lot of it boils down to misunderstanding of the word, or perhaps they lack awareness of how they are situated in the world relative to everybody else around them. I have also encountered people who perceive the term “check your privilege” to be aggressive, but to me, it just means taking a moment to reflect on your personal circumstances in comparison to the other person’s circumstances, particularly pertaining to the topic being discussed on hand.

The concept of intersectionality is needed to better understand the concepts of privilege and oppression. Intersectionality to me basically means an understanding of how the various identities I have intersect and position me relative to the rest of the environment I am situated in. I have no problems owning both my privileges and oppressions, and am careful to be aware of how the identities I hold would advantage or disadvantage me under different circumstances. For example:

I am cis gendered, heterosexual, non-disabled, I communicate in English well without an apparent Asian accent (in the Western countries outside of the US, people think my accent sounds American. Check out my podcasts to hear what I sound like). I enjoy a certain degree of academic pedigree thanks to my educational qualifications (UK Russell Group degree), I’m a registered health professional in the UK (believe it or not, this is an asset and can also be a signifier of status).

I’m a married, ethic Chinese woman without children. I’m Buddhist, I hold Malaysian citizenship (Malaysia is situated in the Global South so I have weaker passport privilege in comparison to first world countries, but our passport is still stronger than that of other countries in the Global South).

Some identities can change

My academic and professional status: my professional registration in the UK and my Russell Group academic pedigree are privileges I only obtained very recently. Prior to that, there were no tangible markers of whether I was equal to or better than my colleagues who had the privilege of being trained in Western countries. These markers of cultural capital are most significant and apparent when it comes to global mobility and the international job market. Employers in the Middle East are quite blatant about the fact that they pay Western-trained therapists better salaries in comparison to those trained in the Global South. Fortunately for me this change in academic and professional status is rather permanent for me as long as I continue paying my registration and membership fees. There are many occupational therapists from the Global South who make the effort to maintain their registration despite no longer practicing in the UK because of its value as cultural capital.

I can of course, lose a fair bit of overall privilege if I were to become disabled which could happen to anybody. Disability can be a huge drain on finances, and the restrictions to earning potential can be very significant. One’s economic status can go from middle class to improverished very easily with a disability.

Privilege can be relative

I can be middle class in my home country with earnings of USD1000 per month before tax (what a senior occupational therapist under employment can expect to earn, and it was also my starting salary as a new lecturer in a Malaysian Higher Education Institution). Someone in an equivalent position outside of London in the United Kingdom would enjoy a minimum gross salary of 33K per annum (figure from an ad I found today on jobs.ac.uk), translating to approximately 1.8K GBP or 2184 USD (as per today’s exchange rate) post-tax. To enroll in USC’s Sensory Integration Certificate 1 will cost me my entire month’s nett salary, whereas to my equivalent in the UK it would cost them less than half a month. In fact, if a freshly graduated Band 5 occupational therapist in the United Kingdom earning at the lowest end of the scale were to enroll in that same course, they would still have a fair bit of GBP to spare from their nett salary. Alternatively, our occupational therapy lecturer counterpart in Bangladesh makes 250 USD a month and needs to save up for a minimum of 4 months to be able to afford the same professional certificate. These income disparities are not often recognised as far as CPD providers for occupational therapy are concerned.

So in a nutshell, viewing ones’ interactions through an intersectional lens basically means being mindful of these multifaceted identities when interacting with one another. Someone earning a Global North salary telling their colleague who trained and works in the Global South that “we have to pay the same amount as you to access the same CPD / take the same exam” as a way to dismiss their complains or concerns about the price of professional development just reeks of insensitivity.

Toni Morrisson‘s quote sums up what I mean by “owning one’s privilege” perfectly. “I tell my students, ‘When you get these jobs that you have been so brilliantly trained for, just remember that your real job is that if you are free, you need to free somebody else. If you have some power, then your job is to empower somebody else. This is not just a grab-bag candy game.”

There’s nothing wrong with embracing our privilege and then using it to enable others who don’t enjoy the same. I have English speaking privilege. I didn’t have to take special classes or study to get an excellent TOEFL score. My colleague in India has to take special courses, still failed 5 times – had to pay more times the price just to get the same score I got.

Just because I have this privilege doesn’t mean I don’t need to put in hard work for my career, but it means the journey has been very much easier for me than the other colleague mentioned above. I acknowledge this and use my language abilities to provide support people who are just as capable as me or better, but are disadvantaged by their language ability.

Supporting one another through the use of Privilege

A good friend and research collaborator of mine, Dr Noraishah Mydin Abdul Aziz, is a living example of someone who owns her privileges and uses them to empower others. She has spina bifida, uses a wheelchair, does not have sensation in her lower limbs, graduated from a higher ranked Russell Group university than I did, belongs to an ethnic and religious majority in my home country, etc etc. Between the two of us, we have identities which enjoy more privilege than the other and vice versa. We are mindful of these in our interactions and do our best to help one another, using the advantages we have to make up for what the other is lacking. I am very fortunate to have the privilege of working in a partnership with such dynamics and I hope more people will be able to enjoy the same.

Own your privileges and use them to support one another, it’s a great way to “Be Excellent to Each Other”. 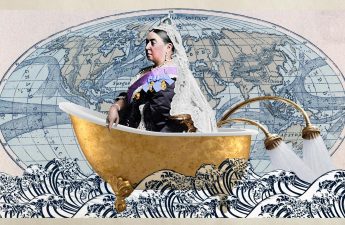 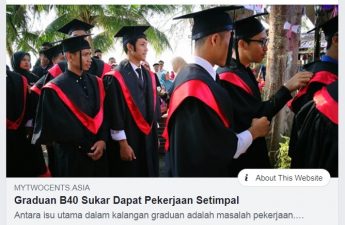 Underemployment among B40 graduates in Malaysia

B40 afraid of starting businesses? Only want money?